Along the south shore of Long Island, Bohemia is a community located within Suffolk County approximately 30 miles from Manhattan. It’s residents are only a short drive from the Sayville ferry service which brings them to the Fire Island National Seashore, which provides access to some of Long Island’s most exclusive ocean beaches. Besides its ideal location, Bohemia is a community rich in its culture and history.

Its name stems from the Czech Republic, in which Bohemian is the former name of the Czech language. The Bohemia Historical Society preserves the community’s heritage through educational programs, involvement in community activities, the distribution of newsletters and its museum. Landmarks from 150 years of settlement remain due to the historical society.

Real estate is booming in Bohemia with a wide variety available including high ranch and colonial style homes. Houses are going for anywhere from $250,000 to $699,000, with some of the top homes including arenas and round pens for horse lovers. There are also condominiums for sale for a median listing price of $385,000 in communities such as The Hedges, Park Place and Hidden Pines.

The village of Bohemia is a part of the Connetquot school district which is made up of 7 elementary schools, two middle schools and 1 high school. The district also includes children from neighboring communities such as Sayville, Ronkonkoma and Oakdale. The elementary school that most students from Bohemia go to, John Pearl Elementary, has a great reputation with a score of 9 out of 10 on Greatschools.org and a parent rating of 4 out of  5. Similarly, the high school received a score of 8 out of 10 and a parent school of 4 out of 5.

Things to Do in Bohemia

There are lots of things to do in Bohemia due to its great location and variety of establishments. Although the community itself is not on the shore, it is a quick 10 minute drive from the Nicoll and Patchogue Bay and a 5 minute drive from the Sayville Ferry which leads to the ocean beaches on Fire Island. There are also two county parks in Bohemia: The Bohemia County Park and the Connetquot River State Park. The Bohemia County park is a 5 mile multiple route trail which allows for walking, hiking and cross country skiing across all skill levels. There is plenty of wildlife and lakes for fishing. The Connetquot River State Park is made up of over 3,000 acres of land which is meant to preserve game birds, fish and animals such as deer, waterfowl and osprey. The park has up to 50 miles of hiking, nature trails, cross country skiing and horseback riding. The equestrian culture in Bohemia is quite strong due to the park and many of the houses aligning it have stables. The Bohemia Equestrian Center has three equestrian rings and offers opportunities for horse shows and trails. For indoor adventure, residents visit the Ocean Rock Adventure Center and practice their rock climbing skills. And for a good laugh, McGuire’s Comedy Club is the spot to see some of the finest comedians in the the country, along with some local talent.

There are many local places to eat within Bohemia, ranging from fast casual to more fine dining. We’ll focus on three of Bohemian’s favorite spots to grab a bite. Cooky’s Deli has been in business for over 20 years, and people from all over Long Island come in to enjoy fresh food on their daily menu for any meal of the day. Whether you want to sit and eat at the deli, take your food to go or order in, you have the options at Cooky’s. Some of the menu items include wraps, paninis, hamburgers, salads, fried foods, gourmet sandwiches and a bakery with desserts. Pizza is a favorite, especially for New Yorkers. Anthony’s Coal Fired Pizza is only located in selective areas and luckily Long Island is one of them! The dough is made fresh, in-house every day with imported Italian plum tomatoes for an authentic taste. They even have daily specials and events such as half off craft beers from local brewers on Monday and Tuesday and $6 martinis during “Meatballs & Martinis” every Wednesday. Lastly, Joe’s Sirloin Burger Grill is a hot spot for locals where you can build your own burger or order a plate or wings, tacos or nachos.

Ready to Move to Bohemia?

To plan your move to Bohemia, start by contacting a moving professional who can make your relocation seamless and stress-free. Liberty is a local moving and storage company, willing and able to provide you with all packing, moving and storage services you may need when moving to your new home in Bohemia. Liberty has been in business for 76 years, so our moving consultants are extremely knowledgeable and dedicated to providing you the highest quality moving experience. Contact one of our Long Island and Bohemia movers today by calling 1-800-640-4487 or request your Long Island moving quote here. 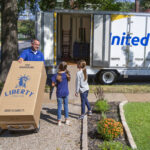 Moving is Already Stressful: Tips on Coping with a Highly-Emotional Transition 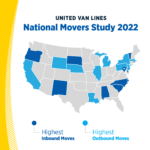 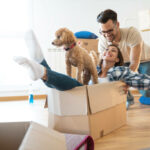 How to Downsize Your Belongings to Make Packing Easier 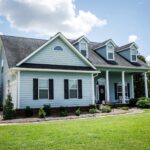 Planning Tips For Move Out Day

A bad actor moving company launches with phony online reviews and promises to save customers money. Next, real reviews start to roll in with horror st…
Read More

Moving is Already Stressful: Tips on Coping with a Highly-Emotional Transition

Though not an especially uplifting phrase, it is certainly applicable to many. According to the National Institutes of Health, stressful events are "i…
Read More

Call for a free quote!

Get news and updates from us directly in your inbox.